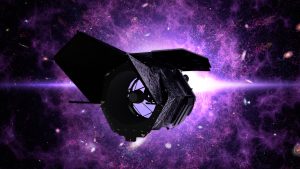 The Boeing company – which is based in Sylmar, California – will manufacture, integrate and test the cells under the terms of the agreement with NASA. They will provide power to both the telescope and the primary mirror, which is 2.4 meters in diameter. The power to the telescope will include its two main instruments: the Wide Field Instrument and the Coronagraph Instrument.

With a launch date planned no later than May 2027, NASA’s Roman Space Telescope will investigate the force behind the universe’s expansion and search for planets beyond our solar system.

Nancy Grace Roman was NASA’s first chief astronomer, who is credited with paving the way for space telescopes focused on the broader universe, having been dubbed “Mother of Hubble”.

Back in January 2021 we reported that Spectrolab was helping produce XTJ Prime solar cells for the International Space Station’s six new solar arrays. They are the same solar cells that power Boeing’s CST-100 Starliner spacecraft in flight and while docked to the ISS.

The company states it has produced more than 6.5 million gallium-arsenide solar cells for spacecraft over the last 65 years.