1. Why many blogs said: Trading Companies Are Better than Manufacturers? And if they said are the facts?

I have to say sometimes they said is the truth, but it is not completely the fact, reasons: they are said just happened during the period of the beginning of exporting of the factory

1.1 The factory experiences of exporting determine your final decision

Take an example: a China stamping parts factory recruit a new salesman, he only can speak English, but he does not know the technology, so the problem happened, because he did not transfer all your requirement to their engineer, in this condition, an experienced trading company who have a quality control team, then they are better than factories

So, most people who want to import certain products from China, they will always say “I want to find the factory”, I think at first you should confirm the factory if they have good experiences of exporting. If not, I think you should choose an experienced trading company in China.

Although factories have their natural advantages, you also should know, IKEA, Walmart, and other large customers are also supplied by various trading companies. So, sometimes you choose a good trading company also the best choice.

The most common points about trading companies better than factories are the following 4 main reasons on the internet.

2.1 Trading Companies Are Easier to Communicate with

Generally speaking, Sales from trading companies tend to have higher and better English understanding and communication level compared with factories. Thus, they won’t get problems in communicating with customers about living, how to order tickets. They also reply your emails in time, or when they are sleeping they also will get up immediately after they get your emails, because most times, they have pressure from their boss, their wages completely depend on how much they have sold.

If there is any problem in production, shipping, or inspection, trading company’s sales always notify customer at the first time, but their disadvantages also obvious, they do not know the technology, although learned many from their sub-suppliers, but it is also difficult for them to find your potential requirements.

Why many local middle or small-scale factories tend to cooperation with local trading companies?

They put more emphasis on production, and with cooperation with local trading companies. Those factories may also have foreign trade sales, but these small factories in China are not good in communicating in English and are usually slow to reply to customer’s email, because their boss does not know how to manage these salespersons, and they engage in developing the domestic market, and these factories are the first generation that becomes rich after “Chinese economic reform” in China.

So most of them did not graduate from universities, this is the reason why their services are not as good as the trading company.

For instance, now many factories who choose to find a trading company to found a new company to develop international market, they will train these companies personnel about the product technology, and the trading company works as their sales department.

Now many China factories also have efficiency international department, they also have good communication with their foreign customers, so, you should distinguish which one is your best choice

Take an example: many metal stamping and Progressive stamping parts factories in our industry zone have their own professional sales department or 100% owned trading companies

Now many internet trading company’s blogs articles said: Every single product supplied by trading companies usually gets many factory suppliers, thus there are more designs and types. Even for just one item, the trading companies may offer products in different qualities according to customers’ requests. I must say they are said is the truth, but if every product they do like this, they will die in the future. The main reasons, they can not establish a solid relationship with their suppliers.

For instance, if you choose to cooperation with a trading company it is also good, it is depended on how they working with you, meanwhile, if you choose them, you are really can save time to choose or screen Chinese factories for different products

Now I found when a trading company lists their advantages, they will say trading companies usually have small MOQ, and they are also able to serve well both small and large businesses, even for small orders, quality is strictly controlled, but I have to say this is not completely right.

Reasons: No matter you purchased from a factory or trading company in China, these products are produced by a factory. The real reason is many small factories do not have export division, all their exporting parts are sold to trading companies. Now you know why blog articles say trading companies have smaller MOQ

Why big factory have MOQ requirement?

The MOQ of big factories is much higher, so they prefer to customers can place large orders, such as one container for just one single item. Because these factories have many employees, if your order is not constant orders, they will choose to cooperate with these company who have big orders. Many employees and their family have to rely on them to live, so some parts you have to choose to cooperate with trading companies.

2.4 Trading Companies Are Safer to Cooperate with

Some internet blog article said trading companies safer than factories. In fact, many importers really feel like this, but most times they cooperated company just at the beginning of exporting. They do not understand completely about the customer’s requirements, because every country has its own standard. The factory does not have these experiences, they can not identify the customer’s potential requirements, Although their price is lower than a trading company.

If you cooperate with a trading company also at the initial stage, it is also a nightmare in the future. So, you choose to do business with trading companies, you should check their license and see what year they are established.

In one word, it is not all trading companies are reliable, you should check their credit. 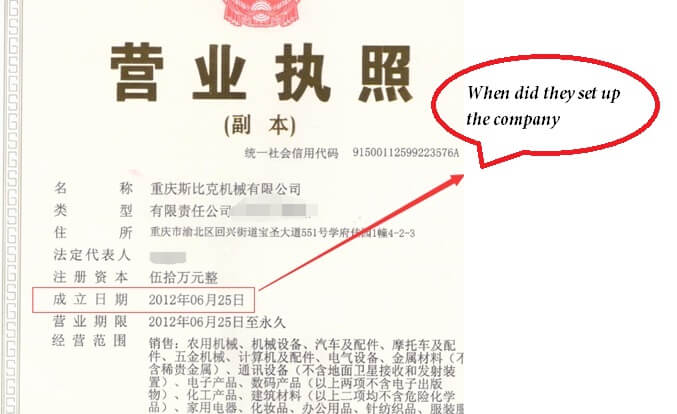 3. Conclusion: In the end, you should choose a factory or trading company you should consider the following features

3.1 You specialize in just one product typeand have big quantity, your best way is to select a factory in China.

3.3 No matter a trading company or a factory you should check their credit. Because no one can assure their products no quality problem during the whole purchase period.

If you like this article, please share it, let more people see it and avoid to jump into the same snare, Thank you for your time